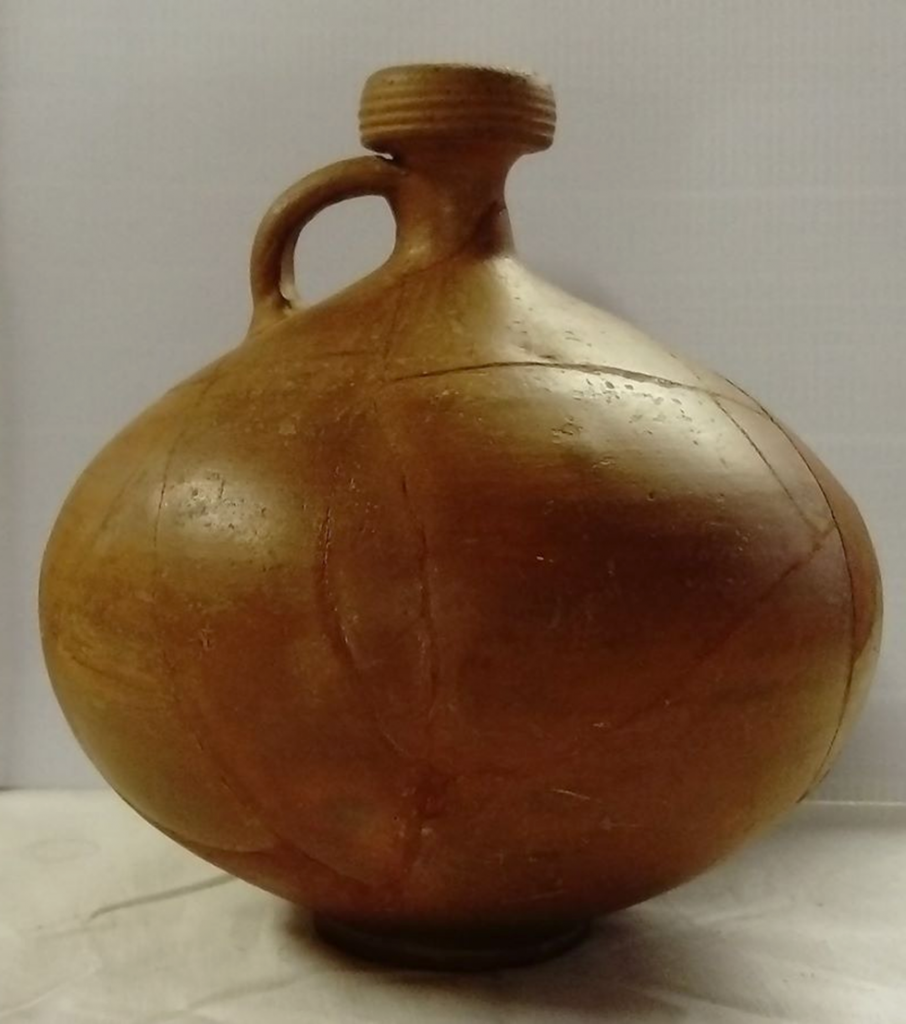 This complete Romano-British Hadham Ware flagon was made in The Hadhams during the 3rd or 4th century. A substantial pottery and tile manufacturing centre developed here during the period of Roman occupation.

Hadham was a major producer in Southern England and, despite its relatively small size, was able to compete successfully with larger producers. There were several Roman service roads that ran from the pottery kilns to the Braughing-Harlow road and this gave easy access to nearby towns.

Hadham Ware was distributed mainly within a 30-mile radius, including parts of East Anglia, London and the Thames Valley region. However, finds have been made in many locations across England including Kent, York and along Hadrian’s Wall.

This flagon was transferred to our museum collection by Newham Heritage Service in 2017. It is a very fine example that has been expertly conserved; the original donor and findspot are unknown, but it has finally returned to the place of its manufacture.

Find out about Hadham Ware and so much more in our new book.

“Much Hadham A to Z of Local History” available soon in our online shop.

Back to Advent Calendar