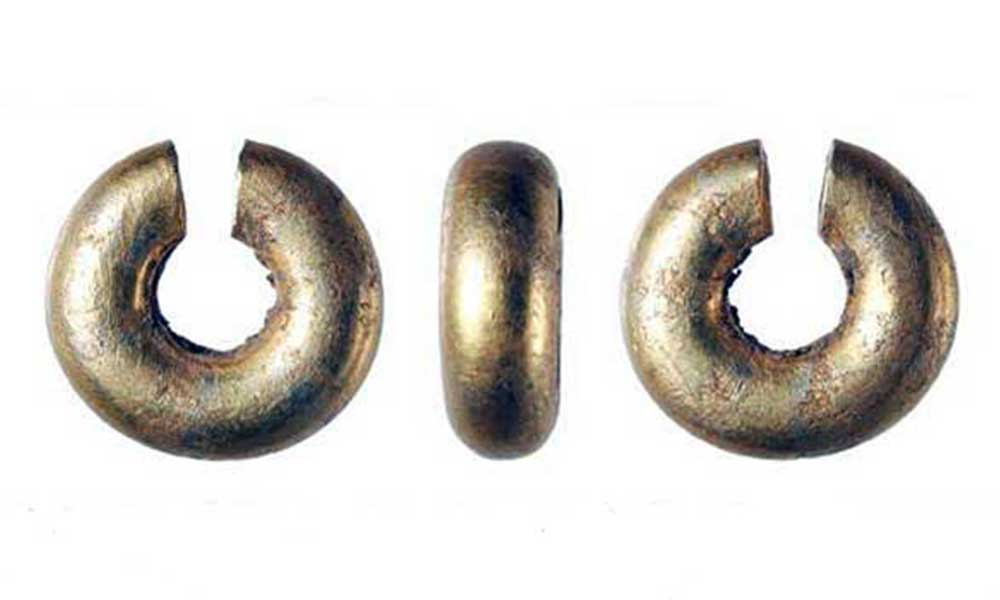 This Late Bronze Age gold Penannular ring was found by metal detectorist David Murray on a local farm in Much Hadham during 2013.

“People were not buried with them on, so we are not sure how they were worn. They were certainly not worn on the fingers, but could have been earrings or worn in the hair. Gold was as highly valued then as it is now, but we do not know if the shape of these rings was of any significance. It could have just been a popular aesthetic, but it could also have been of symbolic importance because they were made over a long span of time in a similar shape.”