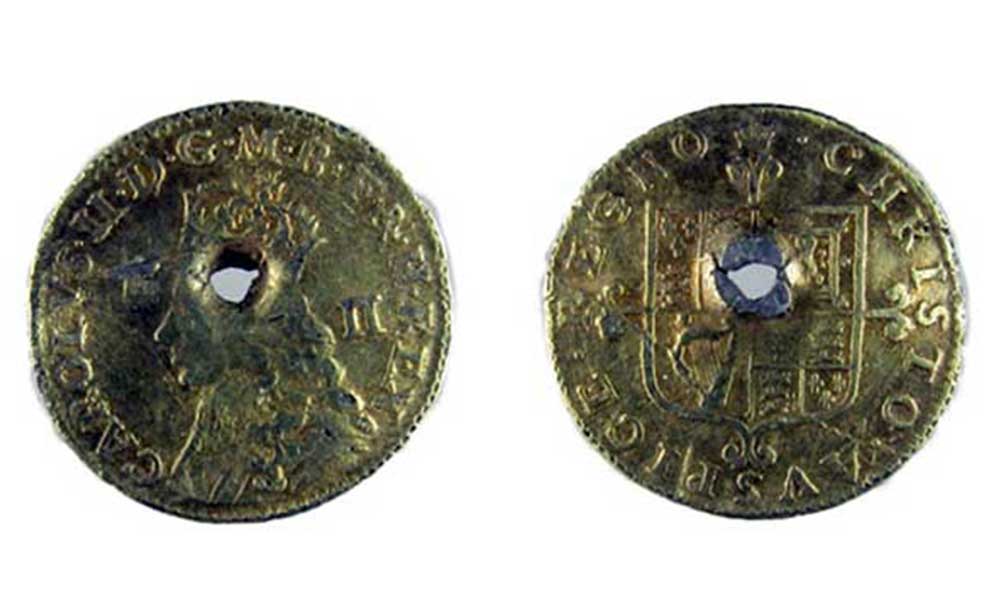 Treasure: 2017 T892: This gilded and pierced Twopenny of Charles II was found in Little Hadham by Dutch metal detectorist Wilhelm Bos. He and his friends take holidays in The Hadhams several times each year looking for Treasure and interesting finds, many of which they have donated to the museum over the years.

Usually single coin finds do not constitute Treasure, however as this coin had been pierced and gilded, both alterations which made it illegal as currency, it constitutes an artefact rather than a coin.

The museum is in constant need of ready funds in order to purchase Treasures and other important artefacts as they are discovered in The Hadhams. Click here to donate to the Museum Treasure Fund.

Click here to donate to the Museum
Back to Advent Calendar